In June of 2013, as chair of the Equity Women’s Subcommittee (renamed Union Women Actor’s Coalition) Lauren was the lead producer on a 36 hour play festival that served to both showcase the talent of union performers and stage managers, as well as to raise funds for San Francisco SafeHouse, a unique residential program (one of five in the United States) that provides women leaving prostitution with up to 18 months of housing and a continuum of care and resources.

Lauren’s role as producer included leading the inception of the idea, selecting the beneficiary, structuring the details of the event, as well as the recruiting of participants (with a commitment to diversity in both race and age.) Lauren was also the individual tasked with running the event itself, including welcoming participants and walking them through the timetable for the 36 hours.

The 36-hour Play Festival culminated in a sold-out 80 minute performance of six new plays. The performance showcased the talents of over 40 local female theatre artists–actors, directors, stage managers and playwrights — and raised almost $3000 of unrestricted funds for San Francisco SafeHouse.  Additionally, several participants were called in for auditions at multiple large companies within days of the event, while relationships were created that continue to serve participants to this day. 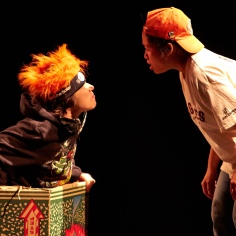 MY YEAR by Megan Cohen. Photo by Cumulus Light 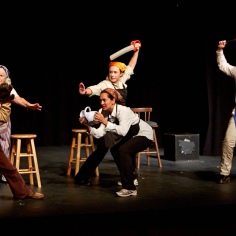 STIR THE POT by Eugenie Chan. Photo by Cumulus Light