When Lauren arrived at Profile Theatre, she was tasked by then-Artistic Director Adriana Baer to develop the idea of creating supplemental experiences for Profile’s patrons into a new and unique program that would expand Profile’s mission of deeply engaging with the work and the vision of a single playwright each season.

Lauren was interested in curating a diversity of programming not only in style (music, lectures, food, wine tastings, etc.) but also in presenters (professors, designers, directors, therapists, social workers, performers, and so on) in order to provide patrons with many different “entry points” to the work they were about to see (or had just seen.)  She was also interested in finding ways to have larger conversations about overarching themes or ideas within both the individual plays, as well as the entirety of the featured playwright’s body of work.

Thus, during Lauren’s tenure at Profile, the In Dialogue program grew to include professional staged readings, one-night-only community events, as well as the unique Main Stage Events program – a series of offerings before or after every main stage performance that gave patrons the opportunity to put each production into a greater social or artistic context.

At the time of Lauren’s departure in 2017, there had been over 130 main stage events, 15 staged readings, 12 community events and 8 book club meetings that had been produced as a part of this program. 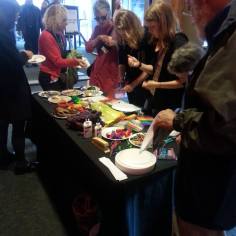 Audience members enjoy an opportunity to create something inspired by Sam Shepard’s writing, prior to a performance of BURIED CHILD (2014) 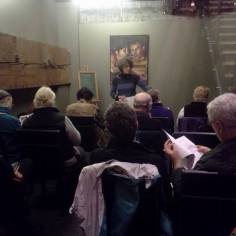 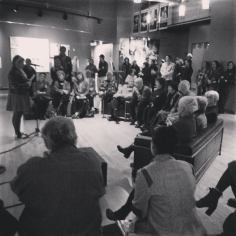 One of Profile’s residency students presents a piece of original writing to patrons before a performance of EYES FOR CONSUELA. (2014) 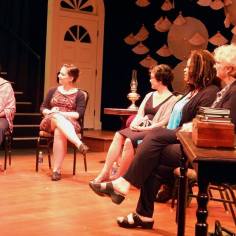 Moderator Kimberly Howard and the panelists for the Community Event BRAVE NEW WORLD: ACHIEVING GENDER EQUITY IN THE ARTS, part of the 2015 season. 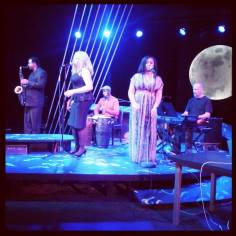 Performers during the Community Event BLUES PEOPLE: A JOURNEY THROUGH AFRICAN AMERICAN MUSIC, in conjunction with Profile’s production of Tanya Barfield’s BLUE DOOR.